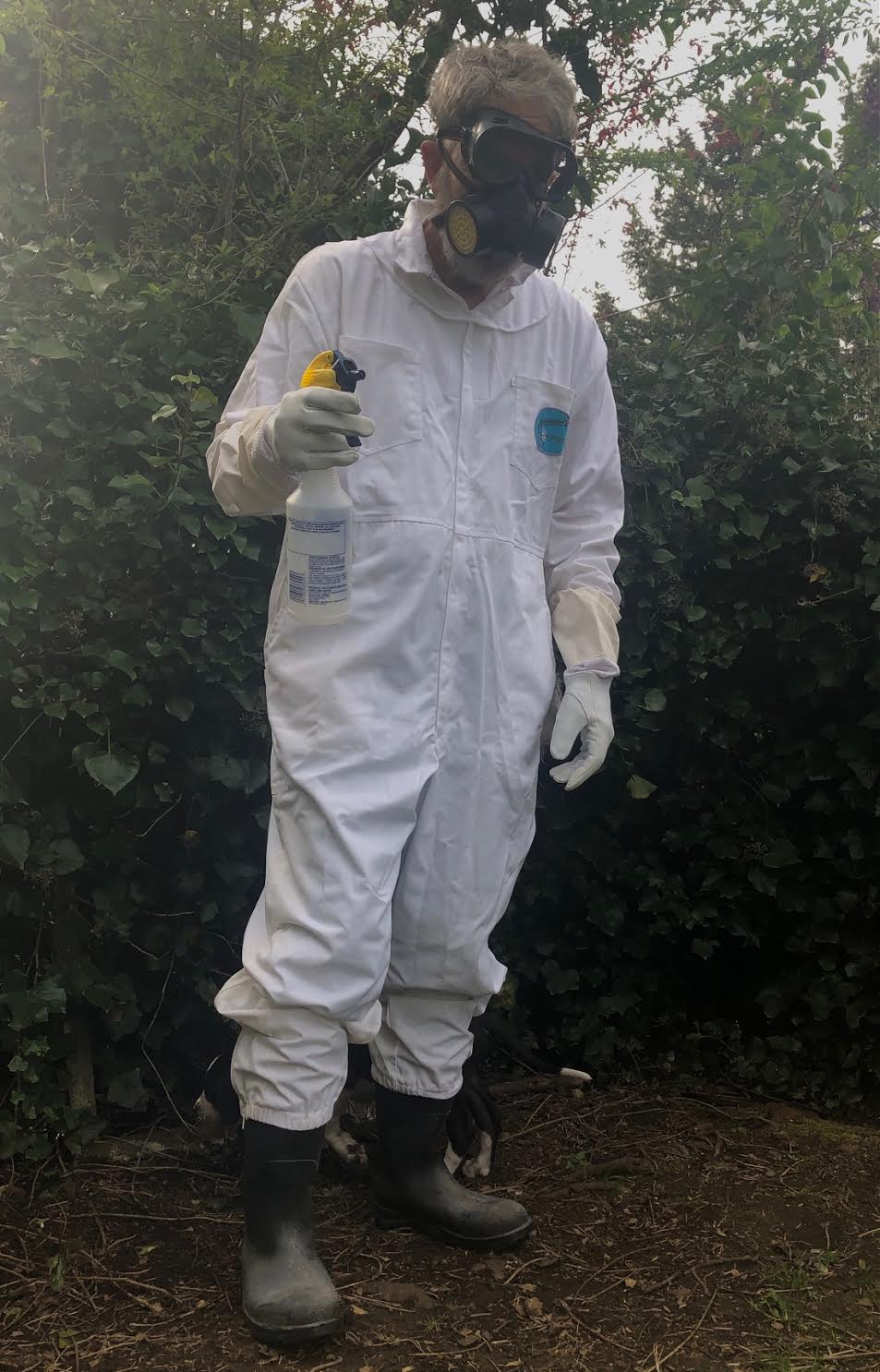 Its no secret I don’t like going up there. I have been posting so much about all this ADA lawsuit stuff. All the he said, she said. I mean, none of us know all the facts. There is no media around here so we are left to fend for ourselves.

Now, its pretty scary going up there. A bunch of vaccinated people all wearing masks. For what? Are they diseased with something? Its really bizarre behavior. What would be the reason?

I wasn’t taking any chances and put on a head to toe hazmat suit with a respirator. I also took along my own cleaning supplies. I mean it must be something pretty serious right? If our city government is all vaccinated and they are still wearing masks is there something they know that we don’t? Really bizarre that safe vaccinated people would act like that.

Apparently there might be something going on. Nobody said a word to me. They must be used to seeing people in hazmat suits in their meetings with video cameras.

I tried to clean everything I saw and nobody tried to stop me. Frankly someone in that garb running around with a spray bottle…..I think I would have said something to him. No, not in Montesano. They just do what they are told and don’t think about it. Apparently, from what I can find out, it is only going on in states with a very liberal governor. Lower infection rates as well where they don’t do this nonsense. The rest of the country doesn’t act like that. Just here. With a straight face.

Marisa Salzer was there and the city provided two interpreters for her. That was nice. That is something that will add up to big $$$ in no time. I keep going back to what I said in an earlier post. Sometimes its cheaper to spend the money on the good software. Remember what happened with the county Auditor software a couple of years ago? Same thing.

In any case, it looks like its settling down. They aren’t bad people up at the city….well, most of them, they just need to realize the world we all know and live in. Want to put in a bathroom? Better be handicapped equipped. Opening a business? Better have a ramp. Take phone orders? Better have the deaf equipment. We, the poor slobs have been living with this for years. IMO, the city is just finding out what the real world is living with.

I’m pretty done with this until I see the settlement thing coming through. Hopefully, everyone has learned from this and it ends.

And if an idiot shows up at your public meeting in a hazmat suit and starts spraying the room down, you don’t ignore him….you throw the asshole out. I just can’t believe there isn’t anyone up at the city with the guts to say this is just ridiculous. Wearing masks to virtue signal. Idiotic.

They are all running around vaccinated with masks for no reason, putting the city through all this……..and I’m the asshole. Ya, I get it.

UPDATE: I reviewed video and now have my personal observation as well. They want to try, but it is a complete mess. I know some of their voices and could tell when those people were speaking, anyone else, forget it. The city people are basically just talking to themselves. I can only imagine the mess of a bad translation program like Facebook if I wasn’t able to hear. Until someone, preferably all of them, have the guts to tell this dictator governor to go pound sand as they should and worry more about the people they are supposed to represent nothing is going to change. It looks like the decisions to restrict your access to speaking at a council meeting was arbitrary from the mayor’s office according to what I am being told and the council is not happy. But again, nobody knows who is speaking or say what. Its a complete and utter mess. Of their own making. Spin it anyway you want.