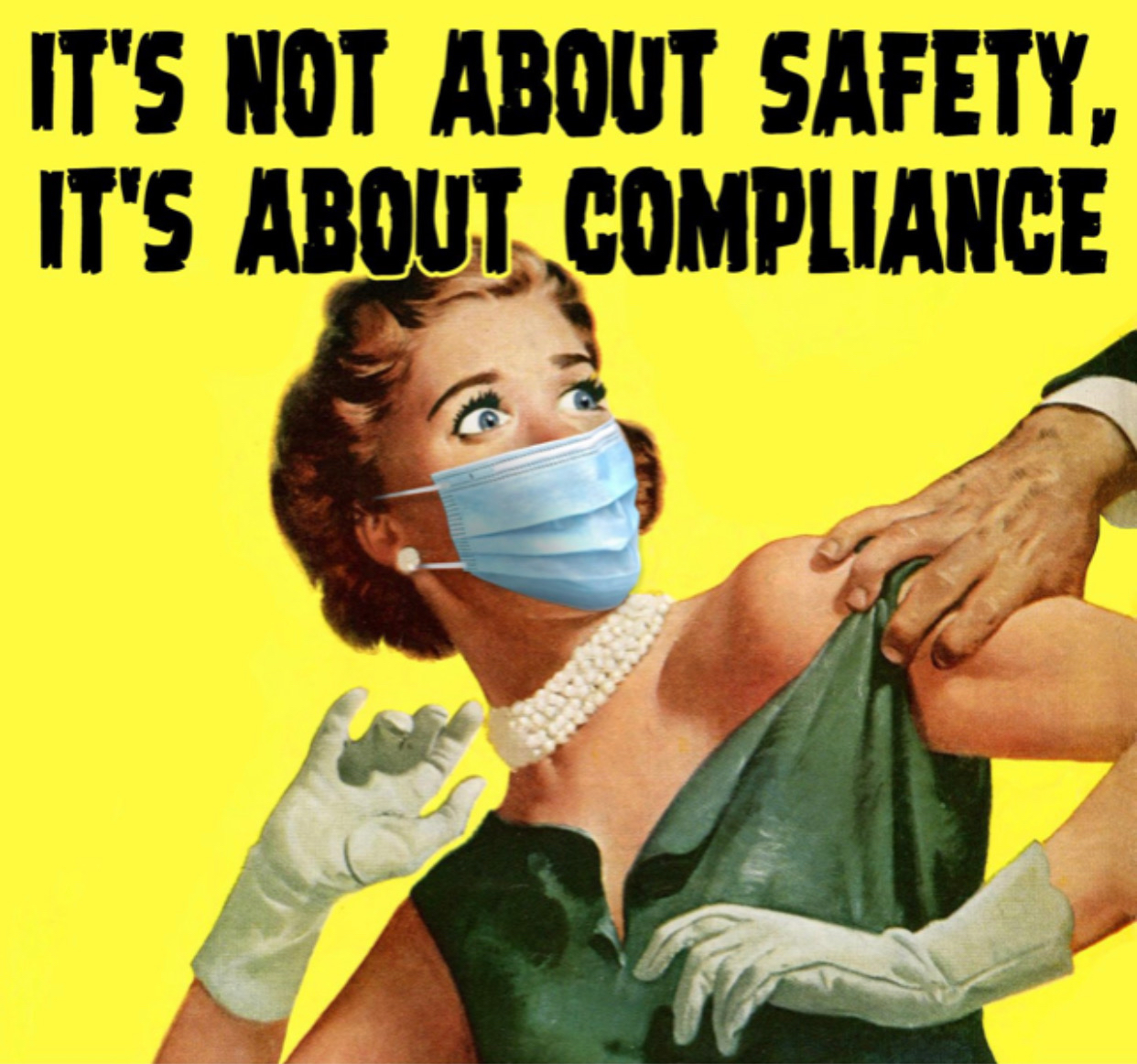 I admit it. All this phony mask stuff is great for me and the other old farts running around with our tennis ball tipped canes. Heck, I don’t even need to get a flu shot anymore. Catch a cold? Ain’t gonna happen. I can go anywhere and never catch a thing. Ever. Ever!

This gravy train does have a cost though. We have to sacrifice the kids in the community. Sure, I feel bad about it, but apparently the parents of this generation are ok with it. The people they put in office are ok with it. Bad example, they mostly put their kids in private schools. The teachers are ok with it, media etc. Who am I to buck the system and care about them too much?

Two weeks to flatten the curve has now turned into fifteen months of lockdowns and idiotic mask wearing. Well, for you, but I still sort of care about your all well being.

The kids don’t have a choice in all this. There are plenty of studies out there of what is happening to them health wise with this nonsense, still – the parents are ok with it. They aren’t our kids and I sure as hell won’t be around to see the psychological damage play out.

Sub standard education, lost youth, and a future of problems. This isn’t temporary and isn’t going away.

Everyone who wants to be vaccinated has been vaccinated. Remember the story about once the vaccine was out things would be back to normal? Remember?

As long as airplanes fly this flu will be circulating around. The masks will never come off. Ever.

Things have really changed with the kids today. When I was in school here and somebody tried this on us, we would have all walked out of school. Period. Let them try and collect their state and federal money with no butts in the seat. And our parents would have been right behind us.

Now, the kids have been so beaten down that they just sit back and take it. Not the town I grew up in, thats for sure. Bulldogs used to fight. Just roll over and show your pink widdle tummy. Maybe you will get a government treat!

There are now toddlers becoming little kids that know nothing of a life without masks and this East German Stasi state government. Local government is gutless as well and just says yes sir! Just think for a moment of the psychological development damage. And no one here cares, not even a tiny little bit.

This is great for us old guys but you kids and parents need to know there is a price to be paid. When the bill comes due, and it is coming at you like a freight train, you won’t have anyone to complain to other than the person staring back at you in the mirror.