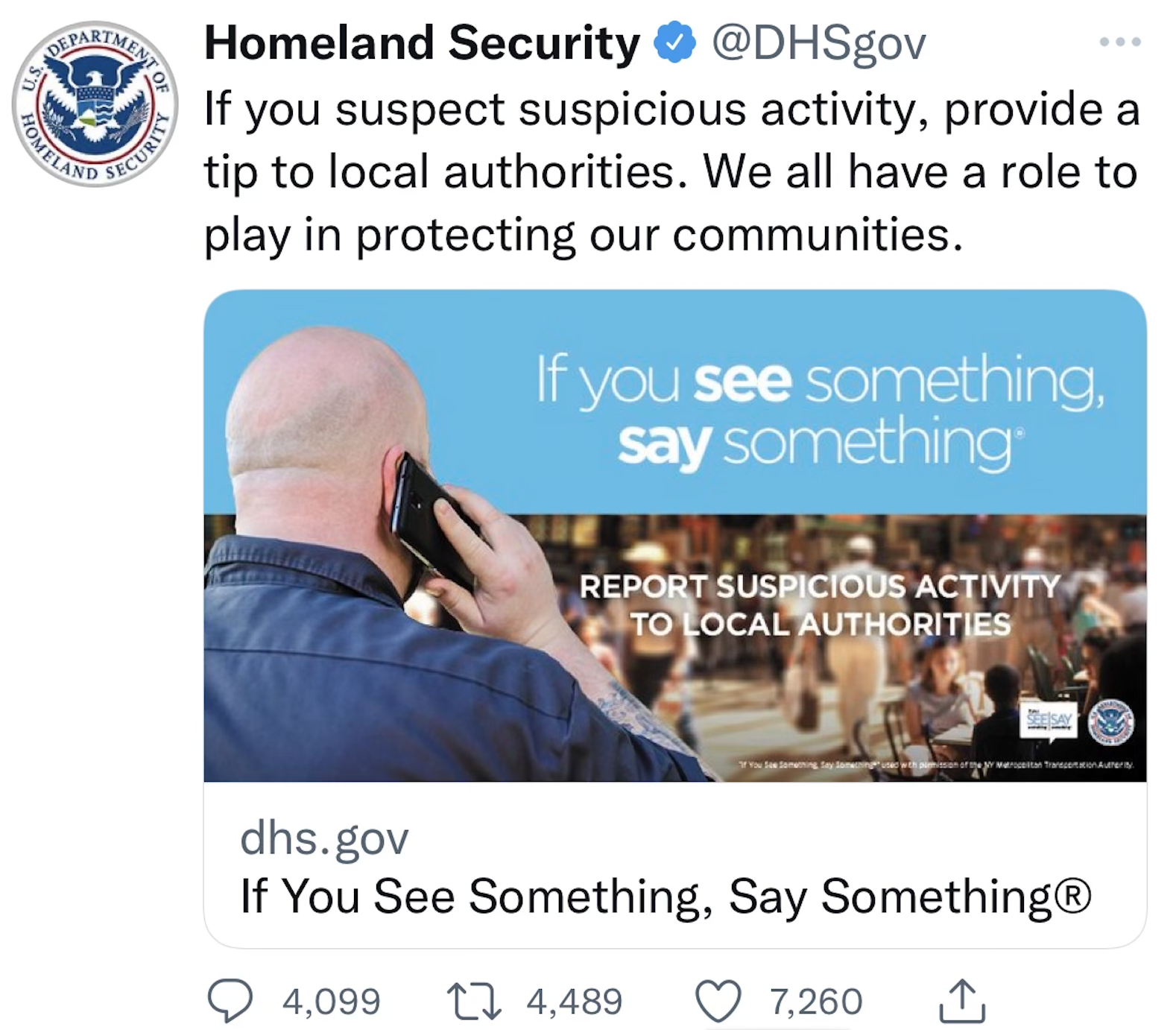 DHS is buying ad space on social media and hitting it heavy. It doesn’t take much reading between the lines to see what is going on. Panic time. They won’t come out and say it, but it sure is curious.

Look, we live in a sleepy little town, but that doesn’t mean you can turn away. Keep your eyes open and your home security cameras pointed in the right direction.

We don’t have local media here, and you won’t be hearing anything from them…..for more than one reason.

And as the DHS is asking…if you see something, say something.

LINK TO JUST ONE ARTICLE ON THE SUBJECT.

PASKI ISSUES ANOTHER DOG WHISTLE TO THE LEFT –